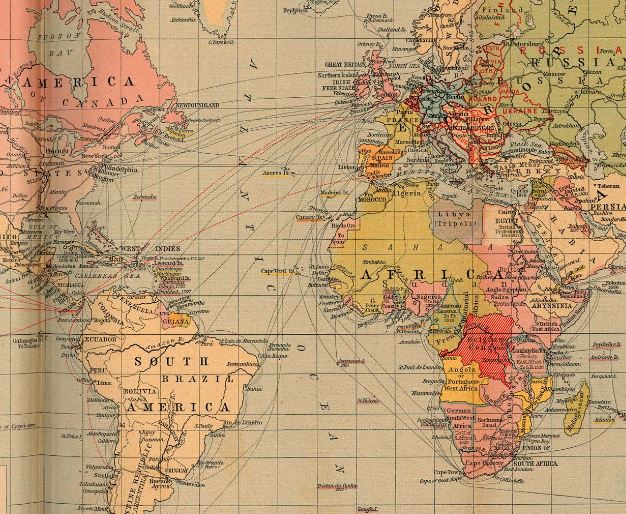 In August 1884  the Royal Navy vessel HMS Mallard was patrolling the fishing waters off Trinity Bay, Newfoundland, when she sighted the merchant ship Resolven, apparently adrift. She gave no answer to the Mallard’s signals, and on boarding her, the Navy sailors found that the ship was completely deserted, though there was no sign of damage or disturbance. A fire was lit in the galley and there was food on the tables, but not a soul aboard. The lifeboat, too, was gone; for some unknown reason, the crew had simply abandoned their ship. She was salvaged, but the crew were never seen again.

The Resolven was a brig out of Aberystwyth in West Wales, sailing between  Welsh ports and Canada with cargoes of timber and cod. Her Captain was John James, Master Mariner, of Newquay.

Also missing from the ship was a large sum in gold coins, the Captain’s entire fortune. His widow died in poverty after making her small son promise one thing: that he would never go to sea.

After her discovery by HMS Mallard the ship was towed into the nearby port of Catalina, and eventually refitted and put out to sea again, but no trace was ever found of her crew. The mystery of this ship, which has been called the Welsh Mary Celeste, remains unexplained to this day.

I am the great-grandson of Captain John James of the Resolven. The story of the ancestor who sailed away and never returned has always haunted me: I have spent years looking for clues about what may have happened to the crew of the ghost ship. Now it seems, thanks to social media and the Internet, that there may be some answers at last.

I am preparing a book for publication this year, 2018. There will be more on this story in coming weeks. For now please visit the Facebook page Ghost Ship of Trinity Bay: