The story of the Welsh Marie Celeste

In August 1884, a Royal Navy warship found a merchant ship abandoned off the coast of Newfoundland, floating and undamaged. The crew were never seen again. The story came to be known as the Welsh Marie Celeste, after the famous ship found deserted in the mid-Atlantic twelve years before. The captain of the Welsh ship, the Resolven, was my great-grandfather and I’ve been looking for answers to this mystery for eight years. The search has taken me from West Wales to a remote village in Newfoundland…     Read the full story here

On Instagram: What I found looking for the Welsh Marie Celeste – my personal search

Made from hundreds of knives handed in during an

The colours of New Quay. The town where the story

So many strange chances and coincidences in this s

The colours of New Quay. This pub (see last post)

This error message is only visible to WordPress admins

There has been a problem with your Instagram Feed.

As an editor, I offer a manuscript reading service and substantive editing. For scripts nearer to publication, I can also undertake copyediting and grammar checks. Contact me for further details.

Will Wain: About Me 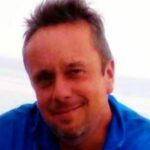 I grew up in Oxford and have had longer or shorter periods in London, France, and South Wales. Now based in Snowdonia with links to Oxford and London.

This message is only visible to admins.
Problem displaying Facebook posts. Backup cache in use.
Click to show error
Error: Error validating access token: The session has been invalidated because the user changed their password or Facebook has changed the session for security reasons. Type: OAuthException

Statue of Amelia Earheart at Harbor Grace, which I visited on the trail of the "real Ghost Ship". She flew solo from HG to Ireland between the wars. When she landed, a farmer asked her if she had travelled far... "from America", she replied.Asking for information:Harbour Grace/Carbonear was home to the four passengers on the Resolven when she was found abandoned in the 1800s: Douglas Taylor, Edward Keefe, George and Thomas Colford. I have heard rumours that there is a memorial to these four men somewhere in the HG area, does anyone have any knowledge of this? ...