In 1998, an old friend, the poet, jazz pianist and former BBC Producer Graham Tayar, happened to mention to me that the author William Cooper (pen name of Harry Hoff) was looking for a publisher for his latest novel, the final one in the series of Scenes… that had begun in the 1950s with Scenes From Provincial Life.

After a trip to London from Oxford to meet Harry, who was charm itself, and who in fact funded some of the initial print costs, Lucien Crofts and I set up Smaller Sky Books, initially working from a tiny premises next to the sub-post office in the Oxfordshire village of Stonesfield. (The name of the press, suggested by Will Richards, comes from my father’s almost-cult novel, The Smaller Sky, published in the late 1960s, about a man who literally lives out his life on Paddington Station.)

Scenes From Death and Life sold out its first small print run and was reviewed in the Independent, the Spectator, the Oldie and elsewhere and given a sympathetic mention by D.J. Taylor in Private Eye. But what really launched Smaller Sky was a tiny plug in the Sunday Times by John Dugdale saying that I was publishing authors’ backlists, an almost throwaway comment that had a number of authors contacting me on Monday morning.

Of the ones that did, I went on to publish Keith Colquhoun’s Cold War thriller Killing Stalin, and the first selection of poetry by a young Belfast poet called Colm Quinn, and Frank Egerton’s first novel The Lock. I also had the great good fortune to bring out Brian Glanville’s unpublished novel about Toscanini and Mussolini, Dictators, and later to reprint his fine novel about the world of the old-time stand up comedians, The Comic.

Even though the press technically does not exist any more, I still have two titles in print : John Wain’s Selected Poems and Memoirs and the 50th anniversary edition of his 1953 debut (and still best-known work) Hurry On Down – contact me if you are interested in purchasing these. Full list of Smaller Sky’s titles below.

Not Too Late For Loving, Graham Tayar

Stranger In The House, Eric Donner

Ones From 67, Colm Quinn 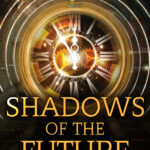 In the town where my great-grandfather's ship set

One hundred and thirty years ago my great-grandfat

Looking for the Welsh Marie Celeste - it's been a